Using Your ROI To Find Your Company’s Profitability 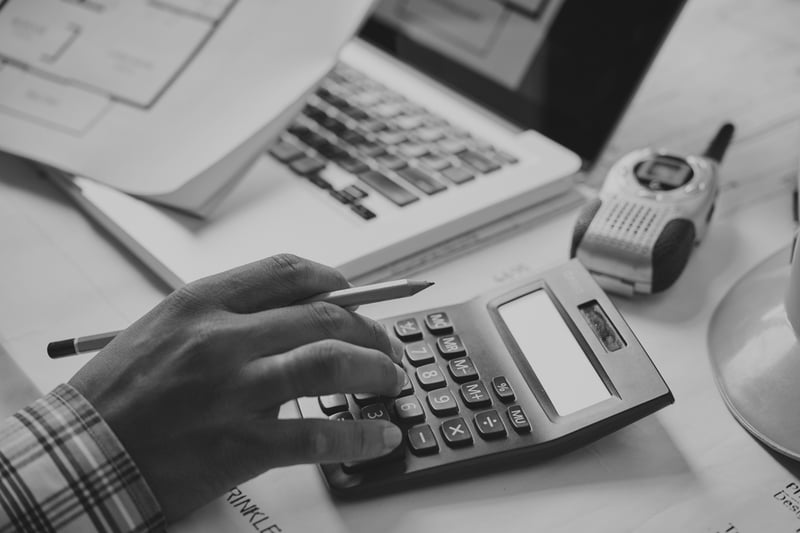 Last week, we learned about calculating your company’s Return on Investment (ROI). We discussed that, in general, the lower the risk, the lower the return—whereas, the higher the risk, the higher the return. This week, we will dig further into Net Profitability and Rate of Return with our example Contractor, XYZ Company. With that as a backdrop, what should the Owner of a construction company require in return for the risks taken?

Given the inherent risk involved in the contracting business, an ROI of greater than 15% before income taxes is recommended as a rule of thumb. A return of less than 15% may not justify subjecting an investment to such a high risk of loss.

Historically, the construction industry has been subject to greater risks than most other American industries. Yet, construction firms generally earn a very low return for the risk that they take. How does the owner/stockholder justify leaving money at risk within a construction firm?

The ROI expected by the stockholders for accepting the risk of construction is known as the Required Rate of Return. The required rate of return will differ among firms and should correspond directly with the risks assumed on the projects undertaken.

Previously you’ll recall we defined Return on Investment as Profit Before Tax divided by Owner’s Equity.

Owner’s Equity represents the investor's capital committed to the construction company for the purpose of generating profits. It includes paid-in-capital (aka actual dollars invested) and retained earnings. Simply put, retained earnings are profits earned in previous periods and held in the company to finance work rather than being paid out to the Owner as dividends.

A realistic, reasonable, and minimal goal for Contractors is a 5% net profit to total sales. This is a minimum recommended standard, based on the inherent risks that a contractor undertakes. The after-tax national average for firms in the “construction services” industry has been around 4% in the last few years.

Our example of Contractor XYZ Company, has a net profit percentage of 2.2%, as demonstrated by the following net profit calculation. On their income statement, XYZ Company is showing an after-tax net profit of $20,614. Total sales for the same accounting period are $943,800. This formula is:

Even though it’s below the industry average, XYZ Company has had a profitable year, and the ROI of 20.25%—from the previous Blog—is acceptable to the Owners. Further, by keeping that $20,614 in net profit in the company (as retained earnings), the stockholders are both increasing the Owner’s equity and rewarding their bonding company’s trust in them. Their bonding company in return will likely continue to support XYZ Company and may even increase the company’s line of surety credit because of the increased equity and willingness of the owners to invest in themselves.

If you have any questions about your surety line of credit or need help increasing your equity, reach out to TSIB today!